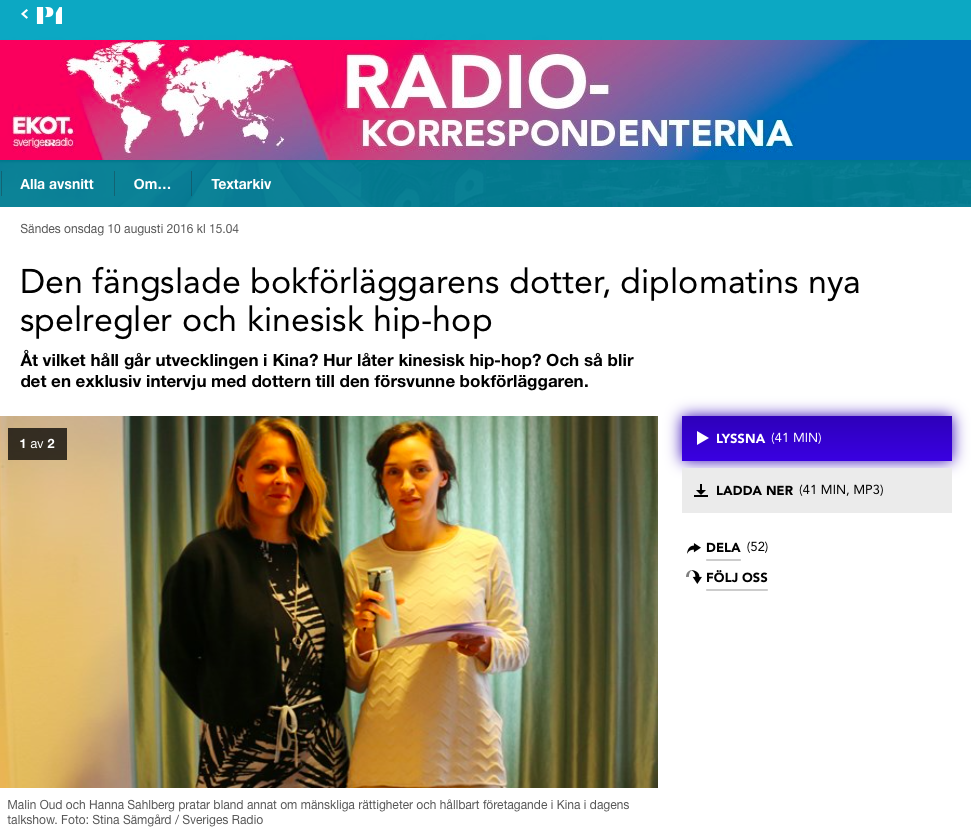 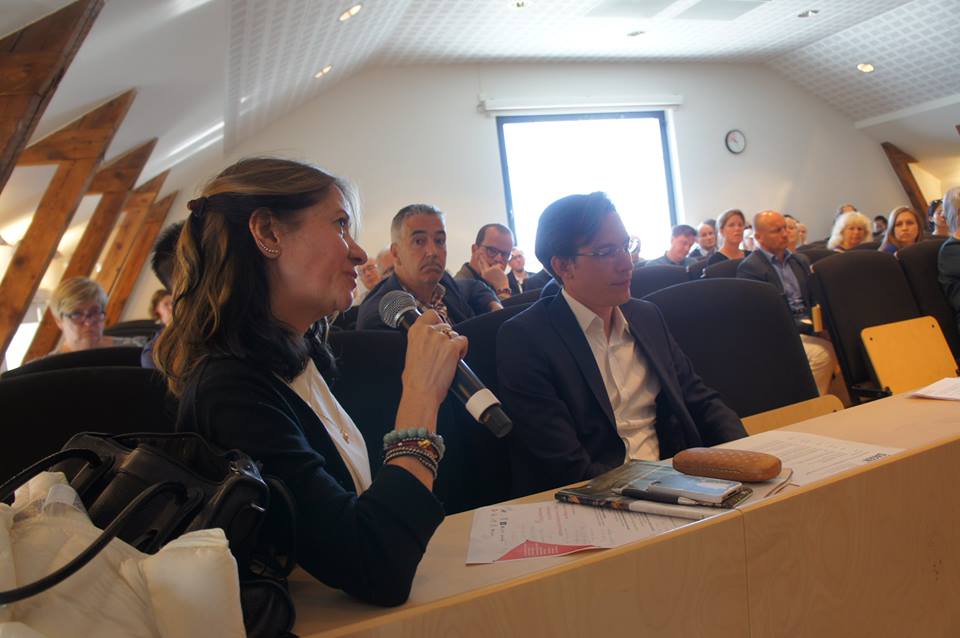 For the fourth year in a row, Tracktwo co-organised a “China Day” during Almedalen Week. Almedalen Week is Sweden’s most important political forum and takes place every year in July in Visby on Gotland island. During the China Day in 2016, the topics discussed included.  For more information, please visit our Facebook page. 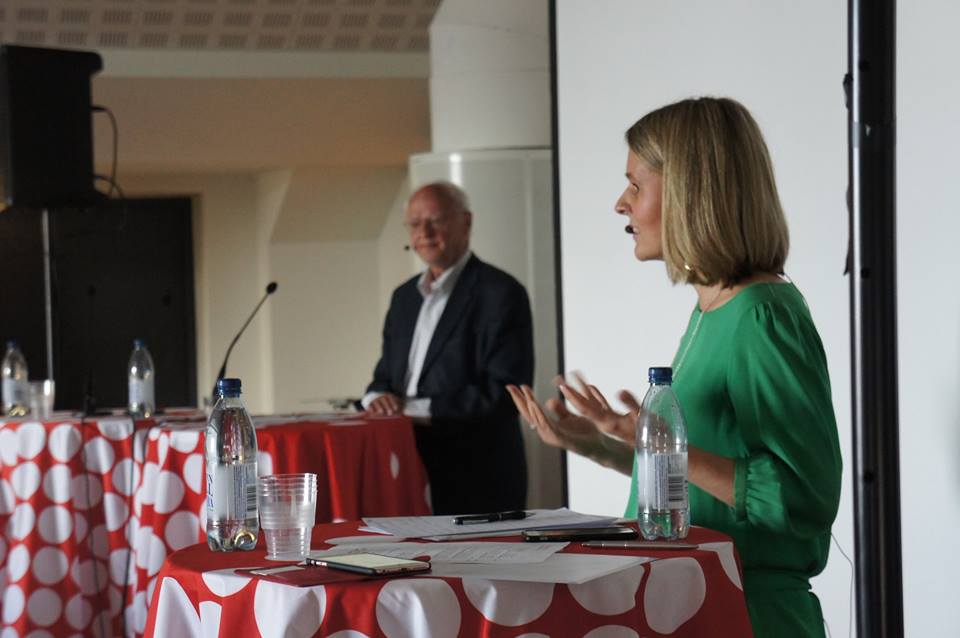 Malin Oud moderated a panel on “Predicting China” at the 6th annual conference of the East Asian Peace program at Uppsala University on June 15. Here’s a short film about the research program, “East Asia’s surprising peace”

On May 23, Malin Oud talked at a seminar on China under Xi Jinping organised by the Swedish Institute of International Affairs (Utrikespolitiska Institutet). Watch the seminar here. 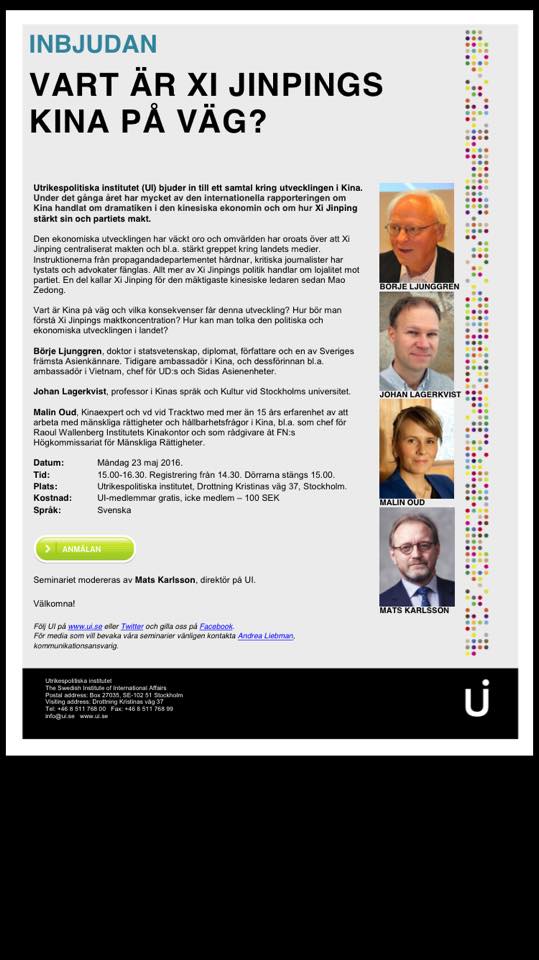 On May 11, Sweden-China Trade Council hosted a breakfast meeting with China Labour Bulletin’s founder and director, Han Dongfang, and deputy director, Shawn Shieh. Organised within the framework of SCTC’s Forum for Sustainable and Responsible Business.

discussions were held on the Chinese labour movement, the rise in strikes and labour disputes in China, and the new law on foreign NGOs and what this means for foreign business and other organisations in China.  Han Dongfang has been a leading advocate for workers’ rights in China for more than two decades. He first came to international prominence during the Tiananmen Square protests of 1989 but the bulk of his work has been with China Labour Bulletin, a labour rights group he established in Hong Kong in 1994. In the past ten years, China Labour Bulletin has been the main advocate for the establishment of workplace collective bargaining in China. In addition to his work as an activist, Han conducts weekly interviews with Chinese workers on Radio Free Asia. 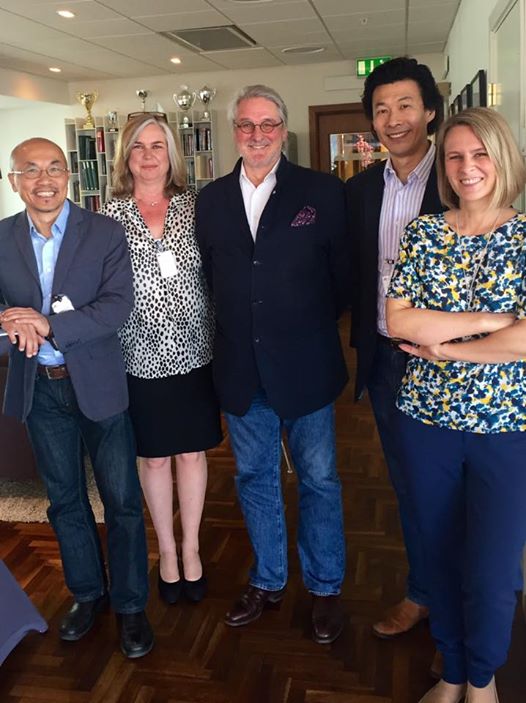