Launched in March 2016, Sweden-China Forum for Sustainable and Responsible Business (SCSB) is a platform for members of Sweden-China Trade Council (SCTC) to discuss current issues, share experiences, and explore possible solutions, good practices, partnerships, and other ways to address common challenges and risks related to doing business with and in China. At the platform launch meeting in March 2016, Malin Oud, Chairperson of SCSB, moderated a discussion with corporate responsibility/sustainability managers at Ericsson, H&M, Volvo Cars and Sweden’s Ambassador for sustainable business. Read about the forum launch in SCTC’s magazine and visit the SCSB website for more information. 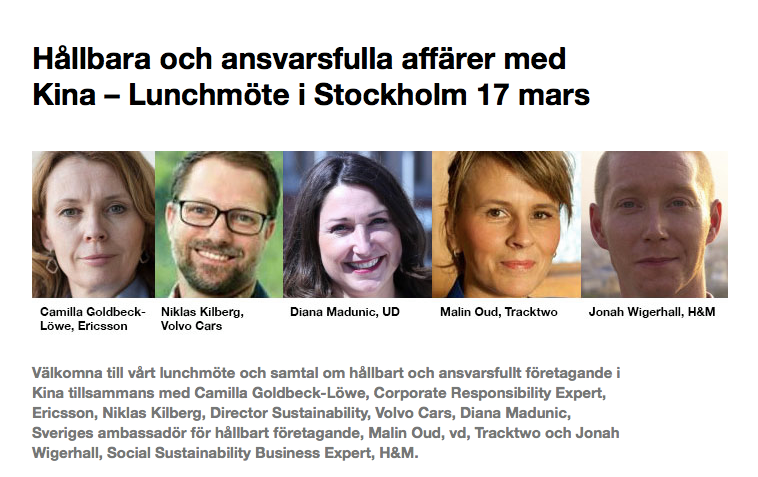 The Dutch consultancy firm Ecorys is undertaking a Sustainability Impact Assessment (SIA) of the investment agreement that the EU is currently negotiating with China. Included in the expert group conducting the SIA is Tracktwo’s managing director Malin Oud. The objective of the SIA, commissioned by the European Commission, is to evaluate the sustainability impacts of the future agreement, this is, economic, social, human rights and environmental impacts. Please visit the SIA website for more information. 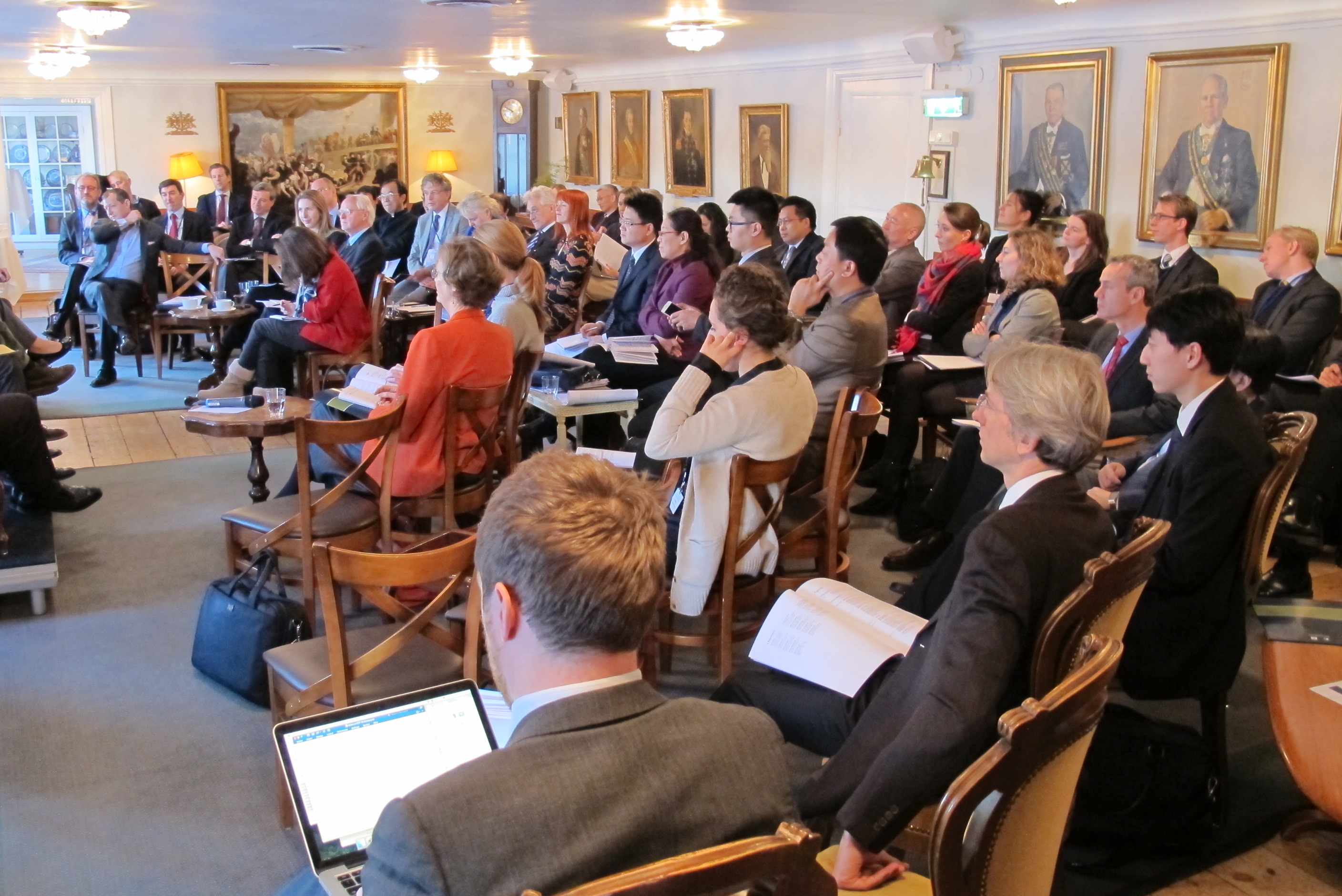 On December 7, Malin Oud gave a talk at a seminar on Multinational Companies and Human Rights organised by Mannheimer Swartling in co-operation with Ericsson in December 2015. One of the main conclusions was that, although it may be impossible to eliminate all risks in different types of business relationships, companies should always strive to promote human rights in each and every situation. 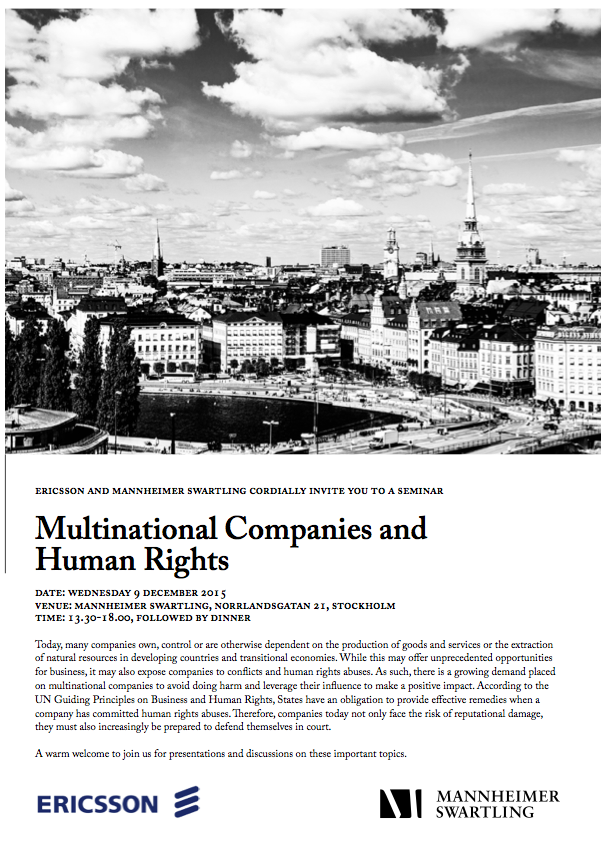 A new Memorandum of Understanding (MOU) for continued cooperation between Sweden and China on Corporate Social Responsibility was signed in September 2015. The MOU expands the previous cooperation agreement signed in 2008, and includes, for the first time, ”human rights within businesses”. The MOU was signed by Swedish Minister for Enterprise and Innovation Mikael Damberg and China’s Vice Minister of Commerce, Mr Wang Shouwen. Read more about the MoU here. 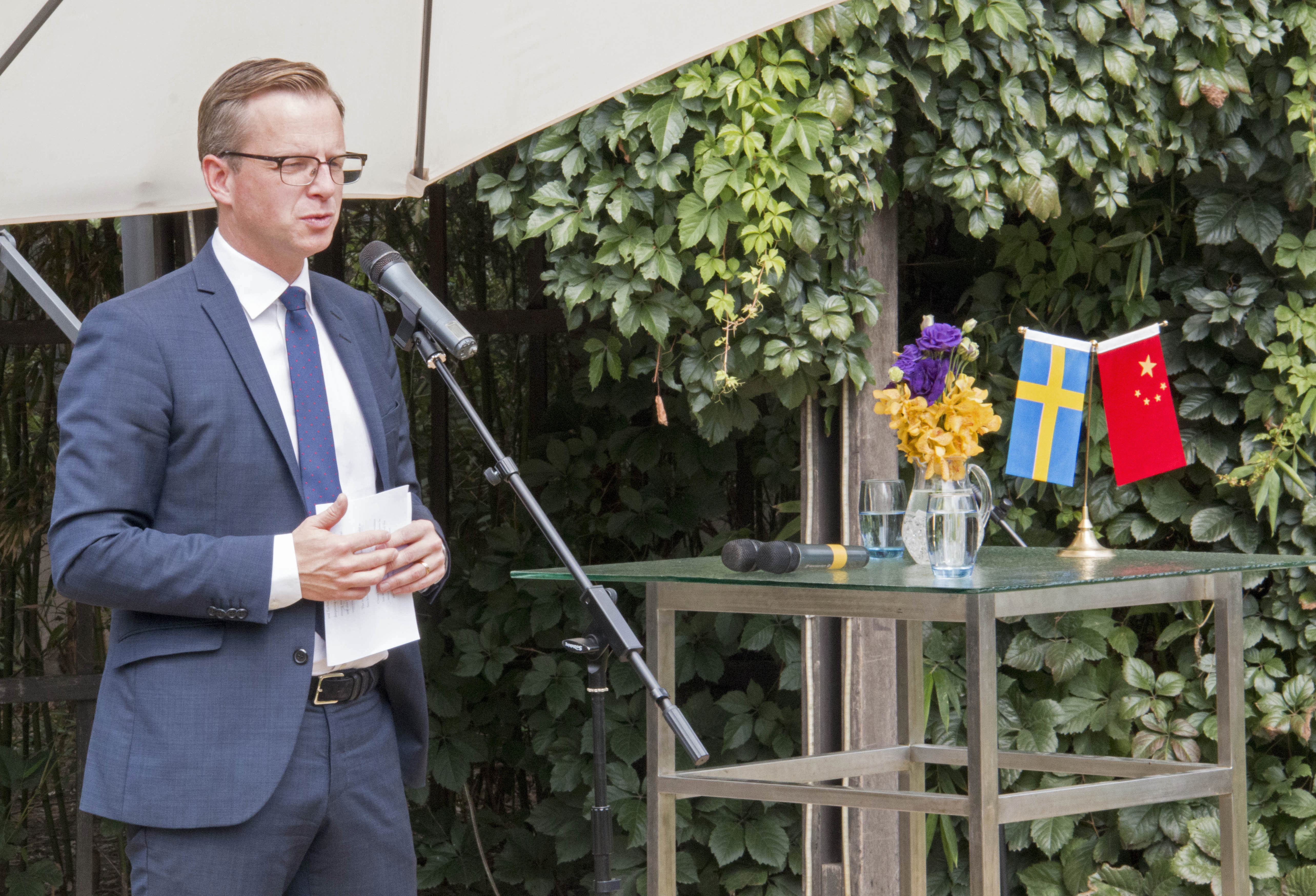